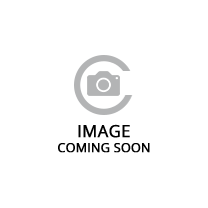 Our mission is to offer our customers a "Total Solutions Concept" for all their sign material requirements. Reece Supply is committed to provide large local inventories, leading edge technology, and total customer support for our valued customers and product vendors. Every employee at Reece Supply's eight locations is totally dedicated to our customers' satisfaction. In the future, our goal will be to continue building dynamic relationships with our customers and product vendors to help everyone grow to their highest potential.

Reece Supply Company is a wholesale supplier to the sign, screen printing and digital imaging industries and was established in 1936 in Dallas, Texas by Charles F. Reece. During the 1950's Charles sons Dick and Bob became active in the business, as did his daughter Joan. Dick Reece as well as Bob Reece has served as president of the company. Today both remain active as officers in the company as the third generation of family ownership continues. Reece Supply Company began to expand its operation by opening distribution facilities in Houston, Texas in 1940 and San Antonio, Texas in 1957. Expansion continued with the addition of the Atlanta, Georgia location in 1976 and as the sign industry continued to grow the New Orleans branch was opened in 1992. To reach into west Texas and New Mexico our El Paso location was opened in 2000. In 2004 the Tulsa, Oklahoma location opened to serve Oklahoma, Kansas, Missouri and Arkansas. In 2013 the latest branch opened in Charlotte, North Carolina.


Reece Supply Company will always strive to provide our customers and vendors with a knowledgeable and well-trained staff and offer the best service possible.

Fill out the form below to receive the latest information on Reece Supply products, news, events, training opportunities, and more.

We respect your privacy therefore we do not share, sell or distribute email addresses or personal details to any third-party organizations.